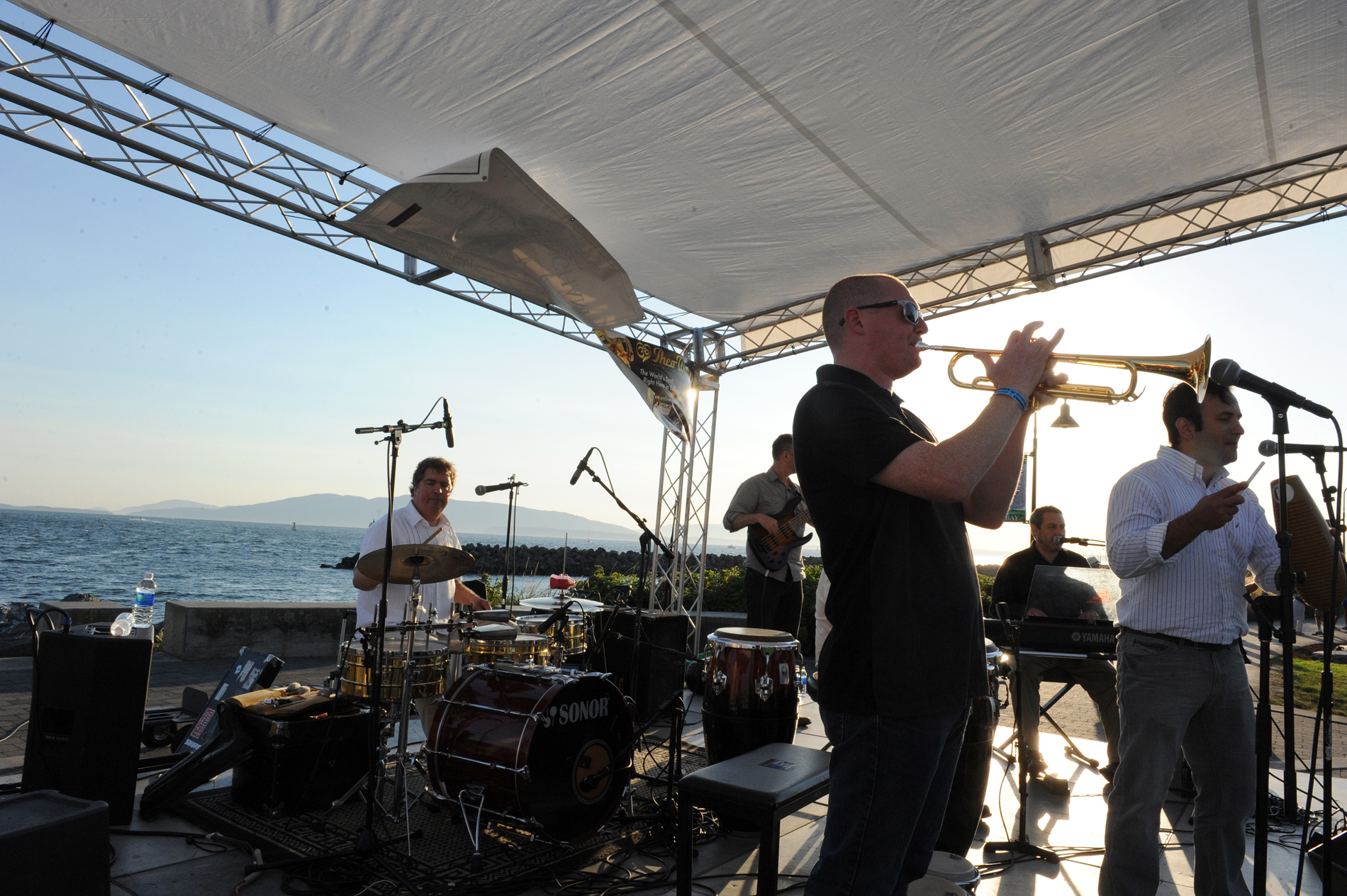 Thomas Marriott is the winner of eight Golden Ear Awards and the 1999 Carmine Caruso Jazz Trumpet Competition. He’s paid dues beside jazz elders such as Maynard Ferguson, Roy McCurdy, and Rosemary Clooney, and has been called on by contemporary standard-bearers like Joe Locke, Orrin Evans, Steve Wilson, and Charlie Hunter. A chameleon of musical styles, Marriott’s horn has been in-demand with bands like the Grammy-Award winning Spanish Harlem Orchestra, Stix Hooper, Mike Clark, Ivan Neville’s Dumpstafunk, and hip-hop pioneer Deltron 3030. His albums, 14 in all, have reached number one on the jazz radio airplay charts and have been featured on NPR. Thomas Marriott spent more than 20 seasons as a soloist with the Seattle Repertory Jazz Orchestra, is a member of the Captain Black Big Band and founder of Seattle Jazz Fellowship, a non-profit arts organization dedicated to promoting jazz and jazz culture in Seattle.

Personnel for the show: