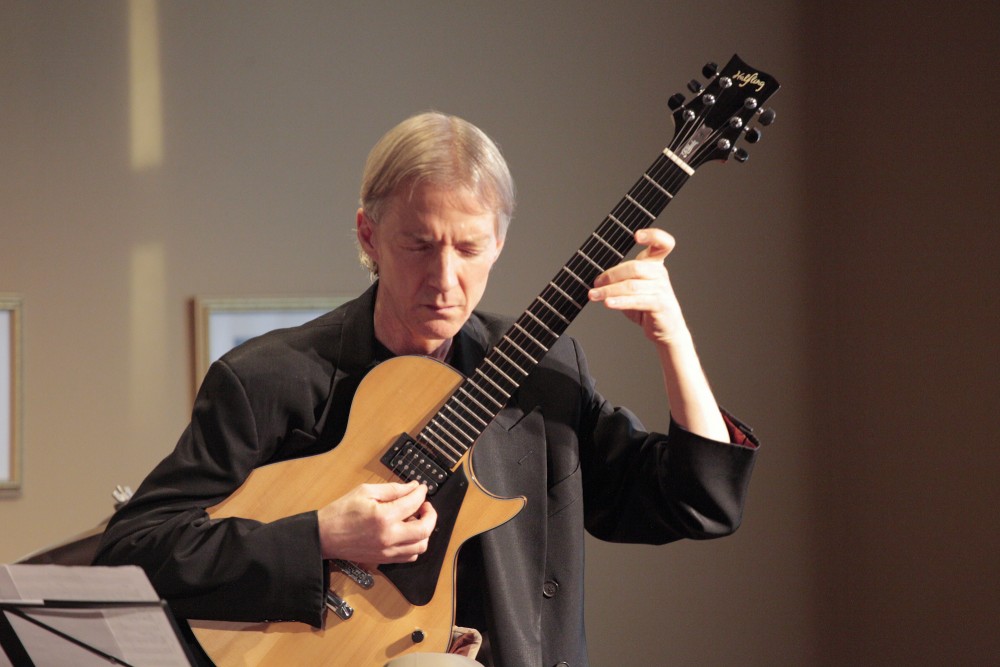 In the world of jazz guitar, John Stowell has been at the forefront for several decades and is widely recognized for his
amazing harmonic breadth and original melodic style. John has toured extensively both nationally and internationally since the late 70’s. He has performed with the likes of David Friesen, Paul
Horn, Larry Coryell among others comprising a who’s who of contemporary jazz. John is also in high demand as a clinician and educator in the U.S. and Europe. In addition to a broad catalog of music releases, John also has a number of instructional videos and books to his credit. John makes his home base in Portland, Oregon. Brian Cunningham has been a part of the Northwest jazz community for more than 30 years. Brian has been active as a performer and composer in a variety of settings, with several CD releases to his credit. His music draws on a diverse set of influences from within, and outside of the jazz sphere. Brian is also a very
active recording engineer whose credits include projects by Jennifer Scott, Cheryl Hodge, John Stowell, Blues Union, and Herb Ellis.

John and Brian first began playing together about 15 years ago when they were paired for a duo concert as part of The Jazz Project’s Art of Jazz Concert series that takes place in Bellingham, WA. Their musical relationship further developed as the local trio John performed with began recording at Brian’s studio, The trio evolved into a quartet, adding Brian on guitar, and the tracks became the Sharp Nine Sessions, and later released in late 2013. John and Brian will be performing material from this
CD, as well as some new compositions.

Park at culdesac and walk to the house.

Check out tracks from The Sharp Nine Sessions CD at: